How employers can address — and prevent — union activities 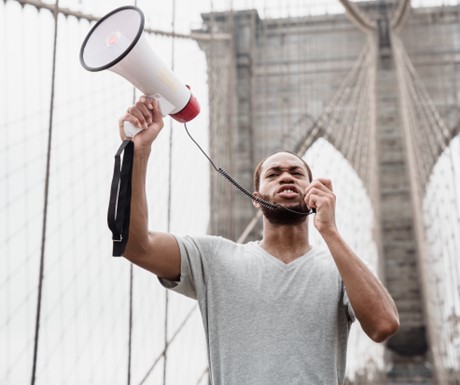 The CLC bars employers and employees from entering into agreements if they include promises where either party agrees:

Under the CLC, any such agreement is not considered valid or enforceable under state laws.

Additionally, California views retaliation by an employer against an employee as discrimination if the negative treatment is a result of the employee’s current or planned union membership or union activities. Threatening to shut down their business, remove employee benefits or fire employees if workers form a union are also illegal employer actions.

The California legislature continues to strengthen union and union organizing law, most recently in the agricultural industry. AB 2183 ends the requirement that agricultural workers vote in union elections at a physical polling place. SB 931  prohibits a public employer from “deterring or discouraging” employees or applicants to join or remain members of a union or employee organization. Both take effect January 1, 2023.

For all industries, state laws leave little legal leeway for employers when employees engage in union organizing activities. So, what legal measures can employers take to prevent workers from organizing?

Unions use the threat of wresting control from employers of the company’s management and direction while they work to organize employees. To prevent a union forming, you must exercise your rights as employers under the law.

The best way to protect your business from workers organizing to form a union is to maintain fair and consistent workplace policies and conditions and open communication lines between top-level management and employees.

However, if you suspect or have evidence of union organizing among your employees, you should immediately consult an attorney who specializes in defending employers. LawPLA’s team of experienced employment attorneys will:

In 2022, union organizing and strikes by workers seeking to form unions in national companies (think Starbucks) grabbed national headlines. It’s important to know that for workers accusing employers of retaliation, they must provide evidence of these three actions:

Therefore, not only upper-level management should know the current labor laws regarding unions and union organizing but direct supervisors should also be trained. Supervisors are the people who interact with workers every day and are often most at risk of violating labor laws through their words and actions.

It’s also important to remember that union organizing doesn’t always lead to unionization. But how management reacts to union organizing efforts can make the difference between a successful and an unsuccessful drive to unionize. Therefore, it’s in employer’s best interest to:

If you are an employer that has concerns over union and/or union organizing activities at your company, reach out to LawPLA’s team of attorneys specializing in employer’s defense. We are here to protect your lawful rights in the workplace, before the Labor Board and in court. To schedule a consultation, contact us today.