What Are The Most Important Motor Vehicle Safety Features For Accident Avoidance? 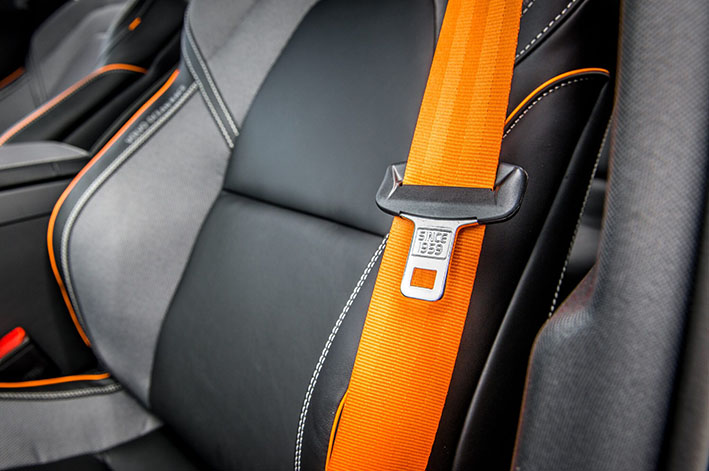 Do you remember a classic cartoon called The Jetsons? Made in the early 1960s, it featured a family living in a futuristic society. In the animated sitcom, the family (George, Jane, Judy and Elroy) lived and worked in outer space, and traveled in flying cars that folded into briefcases.

Of course, none of that has come to fruition in the 50-plus years since the series aired. Even so, there have been numerous advances in automotive technology. From the 1950s to the early 21st century, the most significant developments in this type of technology were the advent of and/or improvements to seat belts, cruise control, and anti-lock breaks.

The first decade of the 21st century saw the introduction of more sophisticated safety features, such as electronic stability control, blind spot detection, forward collision warning and lane departure warning systems. More recently, we’ve become accustomed to features such as backup cameras, automatic emergency braking (for pedestrians and/or other hazards in front of and behind the vehicle), and sensors to warn drivers about people or traffic crossing behind the vehicle.  Recent developments also include sensors that help drivers stay in the middle of the travel lane.

According to the National Highway Traffic Safety Administration (NHTSA) “partially automated safety features” such as lane keeping assist, adaptive cruise control and “traffic jam assist” were recently invented or will soon be introduced to American motorists.

Of course, all of this begs a question that is especially relevant to us as Los Angeles motor vehicle accident attorneys. What are the most important motor vehicle safety features for accident avoidance?

The NHTSA says there is no doubt that technological advances have made and will continue to make driving safer for American motorists. Specifically, the agency estimates that:

The agency says simple changes – such as the progression from a single lap belt to a three-point seat belt design –the invention and re-design of air bags d make cars safer for drivers and passengers. The NHTSA also credits recent inventions, such as backup cameras, blind spot detectors, and electronic stability control for improving motor vehicle safety.

So if you’re one of the motorists trying to navigate LA streets and highways, which safety features will help you avoid accidents and personal injuries? Here’s what some experts have to say.

Consider getting a vehicle with a sensor and camera system that allows you to “see” or alerts you to potential hazards around the vehicle. This can help lessen the chances of hitting something as you are pulling into or reversing out of a driveway or parking space. Experts say this is especially important if you have a larger vehicle with limited visibility.

A vehicle with a pedestrian alert system is another important safety feature for all drivers. In bigger vehicles – including some pickup trucks and SUVs, however — there is greater risk of hitting people on foot, especially children. This safety device helps reduce the chances of having a devastating accident.

Adaptive cruise control is another safety feature that can lessen the chances of being involved in an accident on congested California highways. This is because it eliminates the need to manually adjust your speed – which is a potential distraction. Adaptive cruise control takes the onus off of the driver by automatically using sensors and radar to adjust the vehicle’s speed to keep it moving with traffic flow.

Lastly, a lane departure alert system also uses sensors and cameras to alert drivers to potential danger. Specifically, it lets drivers know when they start to drift into another lane.

Even with the latest advances in car safety, accidents can – and do – still happen. If you have been hurt in a Los Angeles car crash where someone else was at fault, it is important to get prompt legal advices from a knowledgeable personal injury lawyer. You can arrange a free consultation with an experienced personal injury attorney from the Law Office of Parag L. Amin, P.C., (LawPLA) by using the contact page on our website. You can also call one of our conveniently located Los Angeles offices. Either way, we look forward to hearing from you soon.