What If I Am Injured While Riding My Bike on the Sidewalk in Los Angeles? 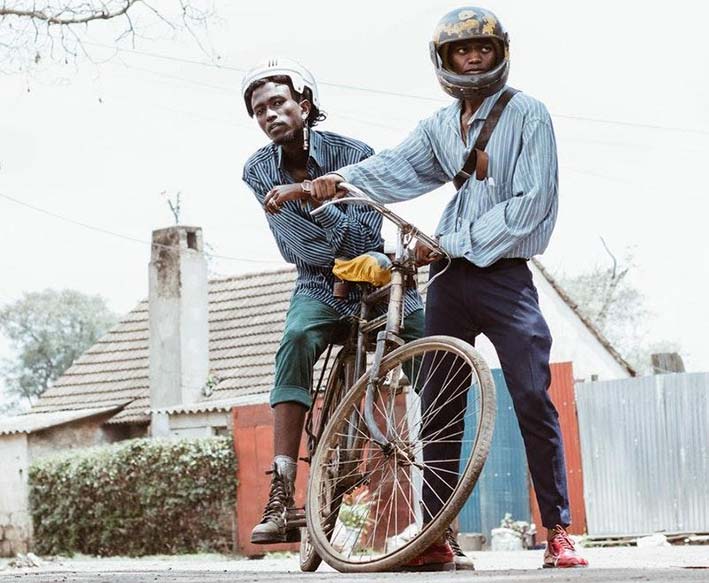 Is bicycle riding on Los Angeles sidewalks allowed? The short answer is “Yes.” But there’s one caveat. You can’t ride your bike “with  a willful or wanton disregard for the safety of persons or property,” according to Sec. 56.15 of the Los Angeles Municipal Code (LMAC).

City bicyclists should count themselves lucky. Many Los Angeles County cities ban riding on all sidewalks or on sidewalks in the business district.

For drivers, keeping an eye on sidewalk riders often proves more difficult than if they ride in the street. One driver commented on the Los Angeles DOT bike blog:

“I have on-going problems with bikes on sidewalks … as vehicles they should be in the street where I can see and judge them … not acting as pedestrians …. When they can actually go pretty quick.”

Yet for the bicycle riders, sidewalks can offer safe passage, short cuts, and a smooth ride up and down sidewalk ramps designed for wheelchairs. And because it’s legal to ride there, they take advantage of the law.

But it doesn’t take more than a nick of a car bumper or an object on the sidewalk to cause serious injury to cyclists. Even in the best traffic conditions, drivers can’t always track bicycles because cyclists may ride in both directions on sidewalks, following a 2013 Second District Court of Appeals ruling. (See Spriesterbach v. Holland.)

And, as the commentor above noted, sidewalk riders are harder to see and judge than cyclists traveling on the roadway shoulder. But that doesn’t mean the driver still won’t be held liable for any injuries to the bike rider as long as the cyclist was following traffic laws.

So what legal recourse do you have if you do get injured riding on a city sidewalk? Filing a civil personal injury lawsuit for medical and dental bills, loss of wages, and pain and suffering is the best path to compensation. But first, you’ll want a savvy legal advocate on your side.

Know your rights as a cyclist.

Cyclists can ride in both directions on city sidewalks, but they are subject to all other vehicle traffic laws, like maintaining a safe distance from cars and obeying stop signs, traffic lights and other rules of the road — with one small difference.

In 2021, California lawmakers approved “right to roll” legislation that made it legal for cyclists to treat a stop sign as a yield sign, allowing them roll on through if traffic permitted and without fear of a ticket.

Know when the driver is at fault.

Since bicyclists must follow the same basic rules of the road as vehicles, determining liability for an injury inflicted by a vehicle — whether riding on the sidewalk or in the roadway — follows the same guidelines as vehicle-on-vehicle accidents. For example, sidewalk cyclists have to cross streets when the sidewalk ends. If you’re struck by a turning vehicle, the driver is at fault because turning traffic must yield to forward-moving traffic absent a traffic light turning signal.

Automobiles are not the sole cause of sidewalk bicycle injuries. Sidewalk defects, whether cracked, bumpy concrete, gaps in the sidewalk, or fallen debris can all cause serious injury to bike riders. However, to receive compensation for sidewalk accidents, the injured cyclist has the same legal rights as anyone injured on a city sidewalk. And legally, it can be a narrow window to prove municipal liability for sidewalk injuries.

This is because prior notice of a dangerous condition must be established before the courts will consider municipal liability in the accident. The notice to Los Angeles can be a written complaint from any citizen, called actual notice. However, if the defect is a minor one, the city may not be held liable in a personal injury suit.

Or, if the conditions are dangerous to the point where the city should  have noticed and fixed the danger, it’s considered constructive notice and the city may be held liable. One example is a wide gap in the sidewalk or a similar obvious and dangerous condition.

Proving liability for a personal injury means having an advocate to bring your case to court or seek a settlement from the party that caused the injury. The attorneys at LawPLA are here to guide you each step of the way to the highest compensation possible. Start with a free consultation by contacting us at the phone number listed on our website or our online contact form.