What if a FedEx or UPS Truck Hits Me? 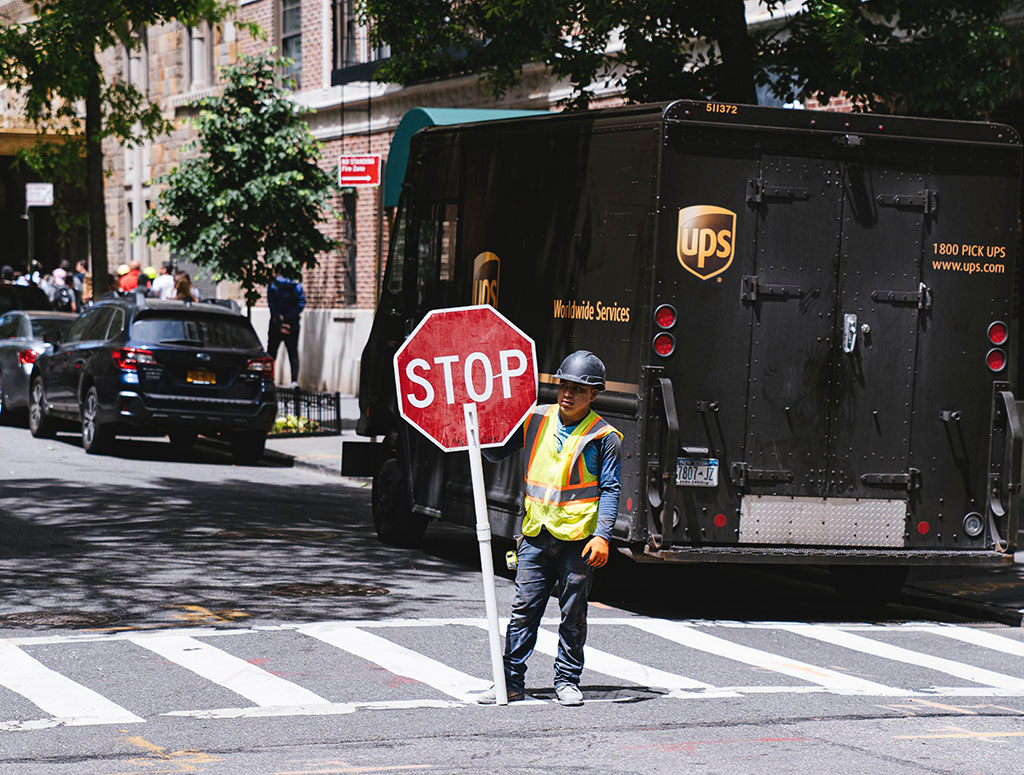 To quote from a fairly recent and well-known film: “May the odds be ever in your favor.” Or, to borrow a line from another famous motion picture, “may the Force be with you.”

When it comes to dealing with California traffic, both blessings are acceptable. This is because there is always a chance that an accident will turn some part of the Golden State’s notorious freeway system into a parking lot. And when that happens, navigating congested surface streets goes from difficult to virtually impossible.

The crashes that make life most difficult in the greater Los Angeles area are usually those involving passenger cars or SUVs and larger vehicles. However, collisions involving delivery vehicles can also be nasty. So what should you do if a United Parcel Service (UPS) or Federal Express (FedEx) truck hits you? Read on to find out.

Based in Atlanta, Georgia, UPS employs more than 118,000 drivers and has nearly 126,000 vehicles in its fleet. In the 24 months prior to June 26, 2020, UPS drivers were involved in 2,466 reportable crashes throughout the United States. Of those, 890 resulted in injuries and 60 resulted in fatalities.

In comparison, FedEx, which is based in Memphis, Tennessee, has nearly 34,000 vehicles in its fleet. It employs nearly 53,000 drivers. In the 24 months prior to June 26, 2020, FedEx drivers were involved in 436 reportable crashes throughout the United States. Of those, 150 resulted in injuries and 13 resulted in fatalities.

However, the accident details provided by the Federal Motor Carrier Safety Administration (FMCSA) do not include any determination as to responsibility.

Not surprisingly, some of the recent accidents involving FedEx and UPS delivery vehicles have happened in California. Back in January, for example, a head-on collision between an SUV and a UPS delivery van injured three people. The crash happened near Shingletown in the northern part of the state.

Another crash involving a UPS truck happened in Sacramento back in April. According to published reports, one person was seriously injured in the collision between the UPS truck and an SUV. Also in April, a UPS driver reportedly struck and killed a man near Traver. The accident occurred on Highway 99 when the victim reportedly got out of his vehicle to check for damage from a blown out tire.

Closer to home, a February 2019 accident involving a FedEx box truck resulted in one fatality. The multi-vehicle crash in question happened just off the northbound 605 Freeway in Irwindale. Authorities did not immediately release any details about the victim.

A December 2019 crash involving a FedEx vehicle and pickup truck in Winnetka also resulted in one fatality. In that case, authorities said, the pickup driver, whose vehicle had been parked against the curb, began to make a U-turn.  The pickup driver did not see the FedEx truck, which was traveling on the same side of the street. The FedEx truck smashed into the driver’s side door, killing the driver of the pickup truck, authorities said.

How to help us build your FedEx or UPS crash case

If you were hurt in a collision with a UPS or FedEx truck, there are certain things you can do to help us build your personal injury case.

At the Law Office of Parag L. Amin, P.C., we put our clients’ needs first. That means we will fight to get the compensation you deserve in your FedEx or UPS truck accident case. Contact us to schedule a free consultation, today.